Conference Announcement: Supreme Courts and the Common Law, Friday, May 27 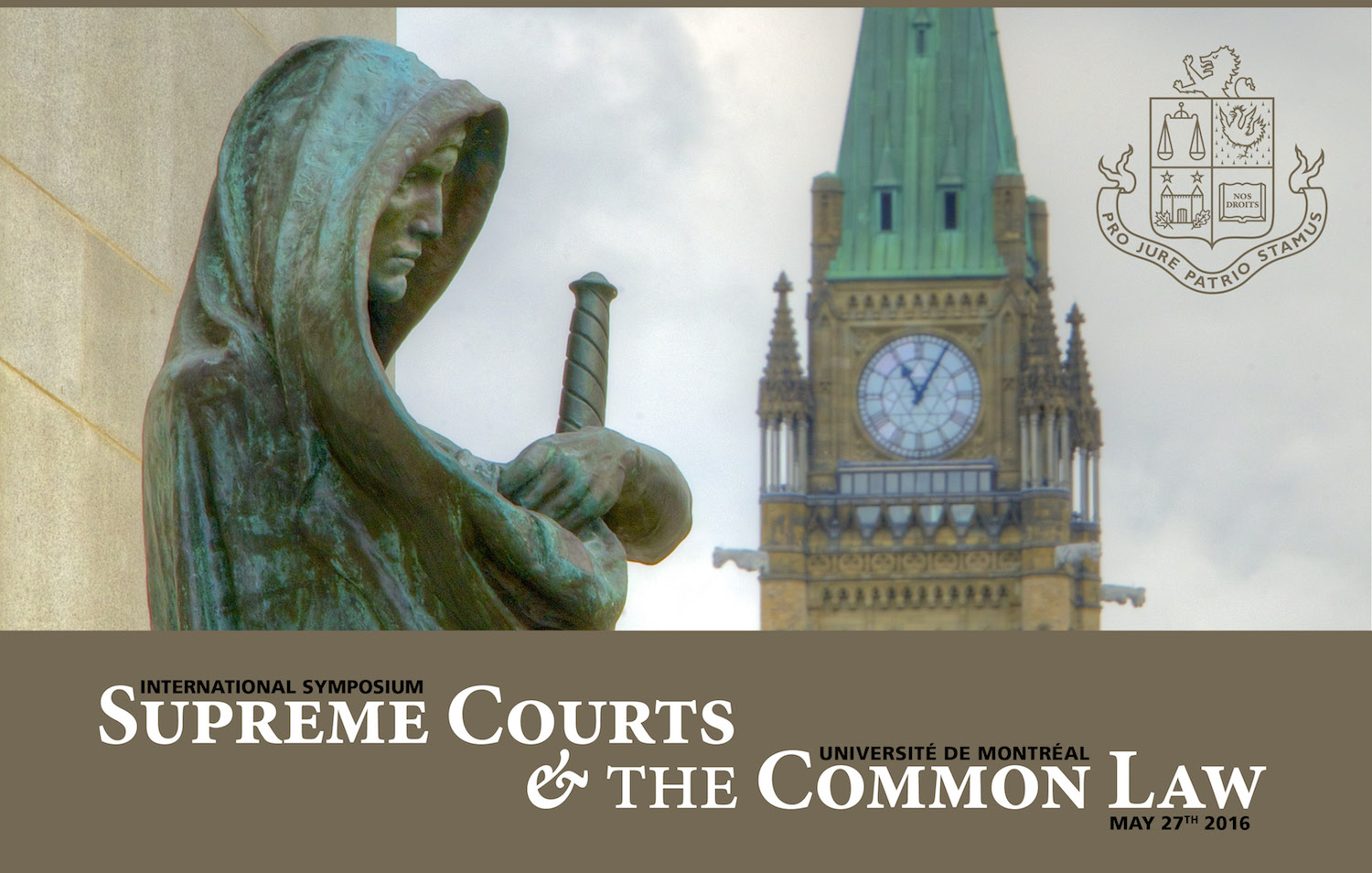 This year’s Common Law Conference at the University of Montreal is entitled Supreme Courts and the Common Law. The keynote address will be by Chief Justice McLachlin and there are speakers from every corner of the common law world. Find further details here. Registration is free. The proceedings, to be held in the state-of-the-art Cyberjustice Laboratory will also be live-streamed and archived thanks to our partners, the Centre de recherche en droit public and the L.R. Wilson Chair.

Here is a brief introduction to the general theme of the 2016 Conference:

Although legal academics and scholars from related disciplines such as political science have studied individual supreme courts in some detail, a survey of the interrelationship between the common law and the institutional position of supreme courts would be novel and of interest to many lawyers (scholars, practitioners and students) and academics in related fields. An edited collection of the expected high quality would soon become a reference point not only for lawyers but for academics from other disciplines who are interested in judicial adjudication and the influence of institutional considerations on decision-making.

The overall goal is to better understand how the institutional role of supreme courts influences the common law and vice versa. Contributors to this project will generally apply traditional common law methodology, using judicial decisions as the building blocks for arguments about the nature of legal reasoning and subjecting those decisions to close analysis for doctrinal and theoretical consistency, but will also draw inspiration from other disciplines, such as political science, philosophy, sociology and public administration.

You can also consult the abstracts that participants have prepared.

Thanks to Florian Martin-Bariteau and Marie-Christine Robert for their help in putting the website together. I am organizing the event in collaboration with my colleague Matthew Harrington.

More generally, on the new U de M Common Law website you can find information about recent events and faculty members.