Who Decides What to Shut Down (II)? 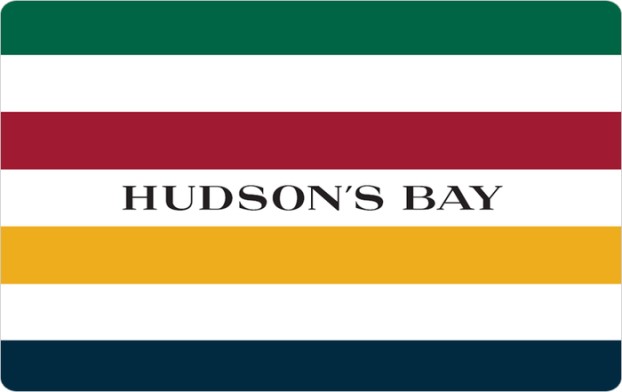 My bedtime reading at the moment is Stephen Bown, The Company: the Rise and Fall of the Hudson’s Bay Empire. Bown recounts how the Hudson’s Bay Company contributed to the founding of what is now Canada. Originally a trading company based out of London (England), from where it spread its tentacles all over the northern part of North America, “the Bay” has evolved into a genteel general department store purveying (moderately) upscale products. It is the rough equivalent of a Macy’s or a John Lewis. Now incorporated as HBC, the company is facing significant challenges due to the COVID-19 pandemic, most recently, as a result of the government of Ontario’s shut-down orders for virus hotspots around Toronto.

HBC has challenged the legality of these measures, adopted under the Reopening Ontario (A Flexible Response to COVID-19) Act, 2020, SO 2020, c 17, which continued in force the regulations made earlier this year under the Emergency Management and Civil Protection Act, RSO 1990, c E.9. HBC argues that the regulations make arbitrary distinctions between department stores like HBC, which must close, and ‘bigbox’ stores like Walmart and Costco, which may remain open. Moreover, HBC suggests, the regulations under the Act must be “evidence-based” and, in the absence of any evidence identifying virus transmission in HBC stores or equivalent outlets, are accordingly invalid.

As I discussed with a reporter from the Financial Post, the challenge is not fanciful. It brings to mind Tesla Motors Canada ULC v. Ontario (Ministry of Transportation), 2018 ONSC 5062, where Tesla succeeded in demonstrating that a policy decision to exclude it from a subsidy scheme without notice and without offering transitional measures was unlawful because it was arbitrary and taken for an improper purpose.

But the HBC challenge nonetheless faces significant hurdles. The appropriate lens through which to view this challenge is Canada (Citizenship and Immigration) v. Vavilov, 2019 SCC 65: in a case like this, where no reasons are required, the focus of the court will be on the outcome (or effects) of the measures (paras. 136-138), taking into account the constraints on the decision-maker, including the governing statutory scheme (paras. 108-110).

First, the Act does seem to envisage shut-down measures. As such, the common law principles that regulations may not discriminate between different classes of business or person and may not entirely prohibit economic activity do not bite on the regulations. To the extent shut-downs are authorized by the statute, there can be no general claim that they are discriminatory or prohibit economic activity.

Second, it is not clear that the purpose of the Act is to provide for evidence-based decisions relating to shut-downs. Taken together with the emergency legislation under which pandemic measures were first adopted, the Act probably permits the government to take broader social and economic considerations into account. The province is likely to argue that the Act authorizes judgement calls which balance social and economic considerations along with public health considerations and necessarily involve making distinctions between different classes of business.

In this regard, the province might also draw a contrast with the Health Promotion and Protection Act (discussed here). Section 22 gives medical officers of health sweeping powers to shut down businesses and order people to isolate. This is an evidence-based scheme, because the s. 22 powers can only be exercised where there are risks of transmission of disease. It is purely a public health statute. It is administered regionally, not centrally. By contrast, the Reopening Act is not purely a public health statute: evidence-based public health decisions are taken under the Health Protection and Promotion Act by local officials; broader social and economic decisions are taken under the Reopening Act by provincial ministers.

In short, this division of responsibility between regional medical officers of health and the provincial government and the distinction between evidence-based public health powers and more general social and economic powers supports the argument that the government can have regard to a wide variety of considerations in making judgement calls about what to shut down and what to leave open.

Ultimately, if the government has the scope to consider matters other than scientific evidence of transmission (and I’m inclined to think that it does), then the government will have an easier time justifying the restrictions, including the distinction between HBC and big box stores.

Third, even if for the sake of argument the purpose of the Reopening Act is to make evidence-based decisions about shutdowns, the regulations would only be unlawful if there were a serious mismatch between the purpose of the Act and the outcome or effects of the regulation: see e.g. Katz Group Canada Inc. v. Ontario (Health and Long‑Term Care), 2013 SCC 64. In other words, the government is inevitably going to benefit from a margin of appreciation. Given the patchy state of knowledge about virus transmission in Ontario, it will be very difficult for HBC to prove a mismatch, let alone a serious mismatch. That there is no proven case of transmission in HBC stores demonstrates nothing because the vast majority of transmissions have no known source. Accordingly, the government can plausibly say that any shut-down measures are related to the (assumed) evidence-based purposes of the Act because the measures reduce the opportunity for virus transmission. By closing down HBC and other outlets, the government reduces contacts and, thereby, transmission.

In sum, this is an interesting challenge and worth watching closely but I think the government will ultimately prevail.