The next speaker in this year’s Administrative Law & Governance Colloquium, “Front-Line Administration”, is Professor Bernardo Zacka (MIT). Register here for tomorrow’s Zoom webinar. Prof Zacka will be discussing his work on front-line decision-makers. Here is a short description of his book, When the State Meets the Street: Public Service and Moral Agency (Harvard University […] Read more

Readers may have noticed that I have not blogged about the important decision of the Saskatchewan Court of Appeal on delay in administrative proceedings in Abrametz v Law Society of Saskatchewan, 2020 SKCA 81. I became involved in the matter shortly after the Court of Appeal decision. The Law Society decided to seek leave to […] Read more

Over the years, s. 96 of the Constitution Act, 1867 has enjoyed a remarkable evolution. It has been the little appointing provision that could: its handful of words about the process for appointing judges to the superior courts have, by judicial exegesis, created forests of jurisprudence on the limitations on legislative power to encroach on […] Read more

The next speaker in this year’s Administrative Law & Governance Colloquium on “Front-Line Administration” is Professor Jennifer Raso of the University of Alberta. Register here for the Zoom webinar with Professor Raso next Tuesday, February 23 at 11.30. Prof Raso will be discussing her work on front-line decision-makers. Here is the abstract from her important […] Read more

A Critical Analysis of the Case of Prorogations

I have posted “A Critical Analysis of the Case of Prorogations” to SSRN. Here is the abstract: R (Miller) v Prime Minister is a landmark case about the scope of prerogative power and judicial review in common law systems. In this article, I critically analyze the seminal decision of the UK Supreme Court in what […] Read more

The Supreme Court of Canada’s decision in Wastech Services Ltd. v. Greater Vancouver Sewerage and Drainage District, 2021 SCC 7 touches on a couple of issues arising at the intersection between public and private law. The case was about contractual discretion. M contracted with W to provide waste removal and transportation services. For many years […] Read more 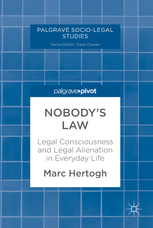 When I originally drafted my paper on “Unresolved Issues after Vavilov“, I left out the standard of review of regulations. Frankly, having discussed the matter in a couple of webinars in the first half of 2020, I thought the matter was settled. The decision of the Divisional Court upholding Ontario’s lockdown regulations in Hudson’s Bay […] Read more

I have uploaded my chapter for Leading Works in Public Law to SSRN. Here is the abstract: In his classic text, Judicial Review of Administrative Action, Professor de Smith drew out from the prerogative writs a body of general principles relating to judicial review of administrative action. Published in 1959, de Smith’s book wove a […] Read more